A three-year star at Lipscomb, Mullins laid the bedrock for a long stream of success for the Bisons Volleyball program. In Mullins' final season in Nashville, Lipscomb registered a 20-12 record and claimed the program's first of six ASUN Championship title, winning its first as the No. 4 seed. Her career at Lipscomb began in 2005 as she transferred in from Tennessee after one season. She secured her top spot in program history and one of the best-ever in the league despite playing only three seasons. 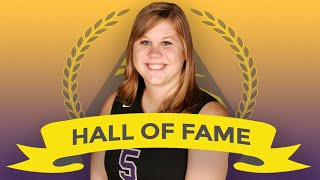 With 1,969 career digs in three seasons, Mullins ranks second all-time in conference history and is tops in Lipscomb's storied history. She is the only player in the top-18 of the ASUN record books to have played less than four seasons as she owned the league's all-time record when she graduated. Mullins owns three of the top-eight single-season dig performances in conference history; 689 (2006; 2nd), 657 (2007; 4th) and 637 (2005; T7th). A three-time All-Conference selection, Mullins was tabbed the 2005 Libero of the Year and garnered First Team All-Conference honors the following season. Mullins' name remains plastered across the league record books as she holds the top honors for digs per set in a conference season (2006; 6.41), most digs in a three-set ASUN Championship match (33), most digs in a four-set match (43).

Mullins graduated from Lipscomb University in 2007 with a B.S. in Psychology and then obtained a Masters of Arts in Learning and Teaching. Since her time at Lipscomb, Mullins has remained extremely active in the local Nashville volleyball scene. She currently serves as the Alliance Volleyball Club Executive Director, while also working as the Associate Director of Athletics for Women at Father Ryan High School where she has coached Volleyball for nearly four years.