A two-sport star at Stetson University, Taryn (Lynn) Morgan lettered all four years in both Tennis and Volleyball for the Hatters, while also excelling in academics. Her career on the tennis courts was highlighted by her 1999 campaign in which Taryn finished the year with a 26-0 record at No. 1 singles to earn ASUN Player of the Year accolades to guide Stetson to 16 victories. Her win streak stretched to as much as 47, which still stands as the longest in program history by a wide margin of 26. Taryn finished her career with an 85-9 record in singles. As a doubles player, Lynn holds the record for best doubles winning percentage (.895; 18-3).

Her accolades extended past the tennis courts as she earned CoSIDA Academic All-America Second Team honors in 2000. As a volleyball student-athlete, Taryn collected 310 kills. 827 digs, 59 blocks and 85 aces in her career and still owns the program record for aces in a single match with 11. Stetson's best season with Lynn on the squad came in her freshman season when the Hatters totaled 17 victories. 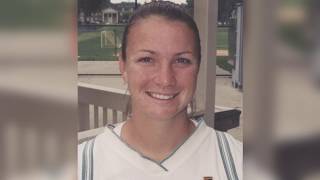