A former Atlantic Sun Student-Athlete of the Year, Kristy Brown was the centerpiece of Stetson Women's Basketball's 2005 Atlantic Sun Conference championship and first NCAA Tournament appearance. The 6-foot-2 center captured tournament Most Valuable Player honors after hitting a buzzer-beating game-winning shot against UCF, and then scoring 28 points in the championship game vs. Georgia State. A four-year force in the middle for the Hatters, Brown finished her career as the program's all-time second-leading scorer and second-leading rebounder. She twice earned First Team All-Conference honors and was a three-time A-Sun Player of the Week. Brown excelled in the classroom as well, earning CoSIDA Academic First Team All-District honors in 2005. She was a four-time A-Sun All-Academic Team selection and graduated from Stetson in just three and a half years. She also earned her Master's Degree from Stetson in 2006. For her efforts in the classroom, Brown was awarded the Edward B. Henderson Award for the most outstanding graduating senior in Education, as well as the Ray V. Sowers Award for the most outstanding graduating senior in Elementary Education. She was also a honorable mention for the Division I-AAA Athletic Directors Scholar-Athlete awards. In the community, Brown was the FCA President and SAAC Social Chair at Stetson. She was involved with such charitable causes as Habitat for Humanity, Operation Christmas Child, Locks of Love and Relay for Life. She also tutored English as a Second Language elementary students for three years. Her positive attitude, strong work ethic, and charismatic leadership skills landed her several other awards, including the Stetson Melching Leadership Award, the Wendell N. Jarrard Award, the Distinguished Senior Award, and the Atlanta Boy Scouts Council Peach of an Athlete Role Model Award. For her success on the court, in the classroom, and in the community, Brown was named the 2005 Atlantic Sun Female Student-Athlete of the Year. 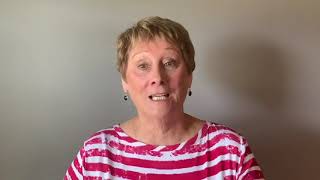