Lowell hit .355 with 218 hits, including 38 doubles and 119 RBI over his three-year FIU baseball career. He was a Collegiate Baseball Freshman All-American in 1993, a three-time All-Trans Atlantic Athletic Conference selection and the league's Student-Athlete of the Year and an Academic All-American in 1995. Following his collegiate playing days, he went on to become one of the top third basemen in Major League Baseball with a lifetime .279 average, 1,619 hits, 223 home runs, 952 RBI and 394 doubles. The 13-year MLB veteran made his Major League debut with the New York Yankees on September 13, 1998. He was traded to the Florida Marlins prior to the 2000 season and went on to win the 2003 World Series against the New York Yankees. After the 2005 season, he was traded to the Boston Red Sox and added 2007 World Series MVP to his resume after the Red Sox defeated the Colorado Rockies in the Fall Classic. Lowell retired from baseball after the 2010 season. In his 13-year career he was a four-time MLB All-Star, four-time MLB Player of the Week, 2007 MLB.com Defensive Player of the Year while winning the Silver Slugger Award in 2003 and a Gold Glove in 2005. Lowell also won three World Series with the Yankees, Marlins and Red Sox. Inducted into CoSIDA Academic All-America Hall of Fame. 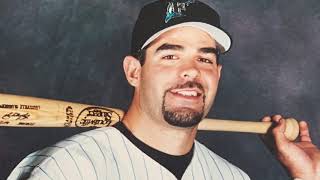